I have a few used guitars in my collection and I often wonder about who the previous owners were. What songs did they play and the time they spent with them. I have read many times about a guitarist that gets the opportunity to play a special guitar from a musician that has passed on, often times a guitar hero or mentor of the musician. They all tend to come away with the same experience or feeling that the artist imparts some part of themselves into the instrument. A sense of Mojo from the artist that can only be felt when playing the instrument.

I recently have had the unfortunate blessing to be gifted such a guitar. This guitar was the guitar of Sensei Kazumi Tabata who suddenly passed away a year ago. I knew Tabata Sensei for over 40 years having studied Shotokan karate with and within the same circles of his organization and students. But unlike the other used guitars I have, this one I knew the previous owner, the type of person he was, and the inspiration he was to so many.

Kazumi Tabata brought Shotokan karate over from Japan in early 1960s. He created a karate organization that touched thousands of practitioners and numerous students to create private and collegiate dojos to spread karate in New England and Bermuda, most of which continue to this day.

This guitar is a classical guitar manufactured in 1972 serial number 30 from Kyoji Matsuoka a luthier out of Nagoya Japan. The top appears to be a Cedar, but I don’t know what type of wood the sides and back are made of.

You can tell that this guitar has been played a lot. It is pretty beat up and looks like there is humidity damage maybe a sign of being in the humid coast of Boston, Massachusetts where Tabata sensei lived. I polished it and placed some new strings on it, and soon as I got it in tune it sounded amazing. I could imagine sensei sitting for hours playing this guitar. Maybe singing Japanese folk songs or pulling it out to perform with a circle of students after a training session. I could instantly sense the mojo in this guitar.

I have found that studying martial arts is very similar to studying guitar. You spend years of training and practicing. You seek out the master/apprentice relationship to pass on the basics, the advanced techniques and then the special deeper meanings that only comes after performing thousands or tens of thousands of repetitive movements dictated by the master. And all the time you realize no matter where you are, there is always more to learn and develop. Rest in peace sensei. By Barry Poitras 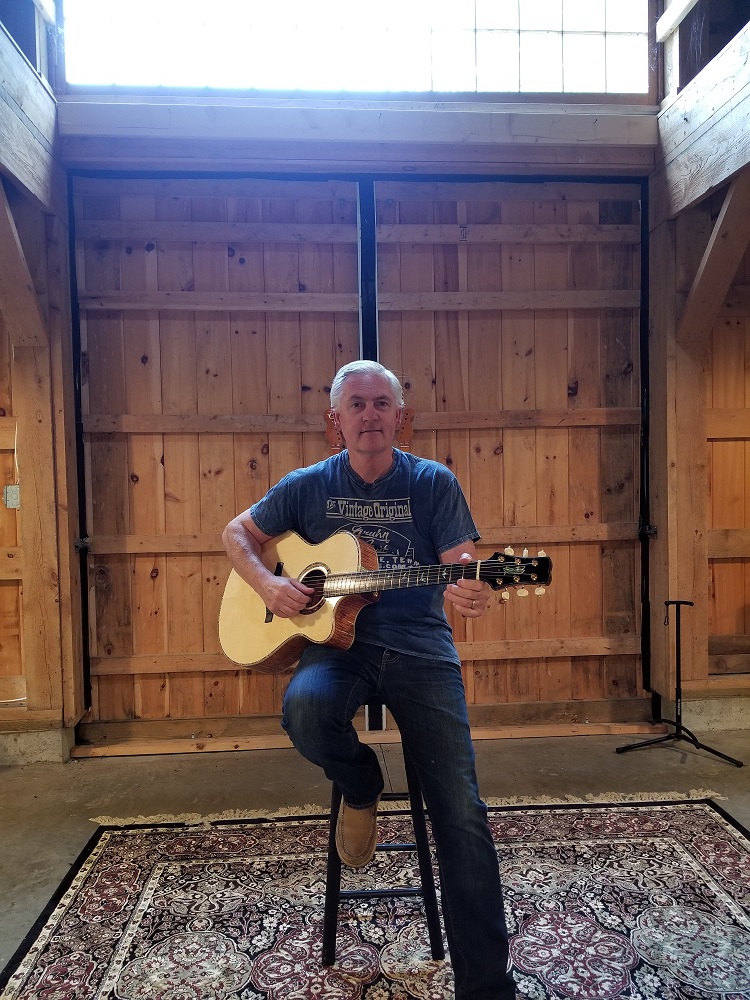